Prof. Matarić is Fellow of the American Association for the Advancement of Science (AAAS), Fellow of IEEE, Fellow of the Association for the Advancement of Artificial Intelligence (AAAI) and Fellow of the Association for Computing Machinery (ACM). She is a recipient of the Presidential Awards for Excellence in Science, Mathematics & Engineering Mentoring (PAESMEM) from President Obama, the Anita Borg Institute Women of Vision Award for Innovation, Okawa Foundation Award, NSF Career Award, the MIT TR35 Innovation Award, and the IEEE Robotics and Automation Society Early Career Award. At USC she has been awarded the Viterbi School of Engineering Service Award and Junior Research Award, the Provost’s Mentoring Award and Center for Interdisciplinary Research Fellowship, the Mellon Mentoring Award, the Academic Senate Distinguished Faculty Service Award, a Remarkable Woman Award, and was named a Distinghished Professor. She is featured in the science documentary movie “Me & Isaac Newton”, in The New Yorker (“Robots that Care” by Jerome Groopman, 2009), Popular Science (“The New Face of Autism Therapy”, 2010), the IEEE Spectrum (“Caregiver Robots”, 2010), and is one of the LA Times Magazine 2010 Visionaries.

Prof. Matarić has published extensively, is the author of a popular introductory robotics textbook, “The Robotics Primer” (MIT Press 2007), is on the editorial board of the ACM Transactions on Human-Robot Interaction, and has served as an associate editor of three major journals. She has served on a number of advisory boards, including the National Science Foundation Computing and Information Sciences and Engineering (CISE) Division Advisory Committee, the Computing Community Consortium (CCC) Council, and the Willow Garage and Evolution Robotics Scientific Advisory Boards.

Prof. Matarić’s Interaction Lab’s research into socially assistive robotics is aimed at endowing robots with the ability to help people help themselves, through individual non-contact assistance in convalescence, rehabilitation, training, and education. Her research is developing algorithms, models, and methods for personalized robot-assisted therapies for children with autism spectrum disorders, infants at risk for movement delays, stroke and traumatic brain injury survivors, individuals with Alzheimer’s Disease and other forms of dementia, as well as healthy elderly and other user populations. Her research team has developed some of the first and longest deployments of such system in real world settings: hospitals, therapy centers, schools, and homes.

Prof. Matarić is also the co-founder of Embodied, Inc., which launched Moxie (in May 2020), an in-home socially assistive robot for supporting child development. 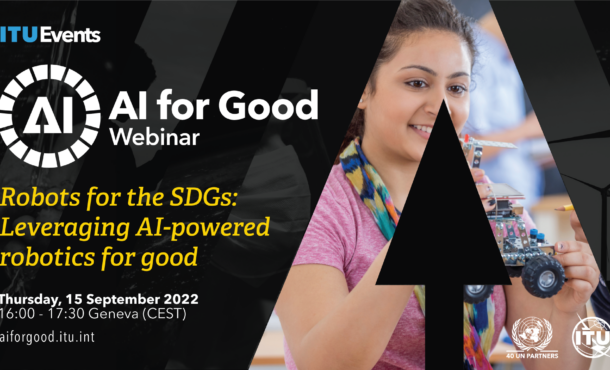