With a Ph.D. in Ecology from Duke University and extensive publication in leading academic journals, such as Science and Nature, Dr. Joppa is a uniquely accredited voice for sustainability in the tech industry. In addition to formerly serving on the Federal Advisory Committee for the Sustained U.S. National Climate Assessment, Lucas is an Associate Editor in Chief for the Ecological Society of America’s EcoSphere journal and an honorary Fellow at the UN Environment Program World Conservation Monitoring Center (UNEP-WCMC). He serves on the boards of leading scientific organizations, such as NatureServe and the National Center for Ecological Analysis and Synthesis (NCEAS) Director’s Council at UC Santa Barbara.

Prior to his current role, Lucas was Microsoft’s Chief Environmental Scientist and led research programs at the intersection of environmental and computer sciences in Microsoft Research, the company’s blue-sky research division. He remains an active scientist, speaking frequently on issues related to Artificial Intelligence, environmental science, and sustainability. Along with his Ph.D., Lucas holds a B.S. in Wildlife Ecology from the University of Wisconsin and is a former Peace Corps volunteer to Malawi. 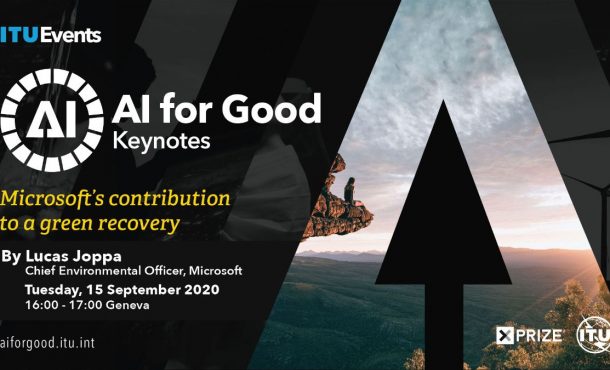