Dr. Kai-Fu Lee has spent more than three decades at the cutting edge of artificial intelligence research, development, and investment in both the US and China.
He’s the chairman and CEO of Sinovation Ventures, a leading venture capital firm focused on developing the next generation of Chinese high-tech companies.
Previously, Dr. Lee was the president of Google China and a senior executive at Microsoft, SGI, and Apple. Co-chair of the Artificial Intelligence Council at the World Economic Forum, he has a bachelor’s degree from Columbia and a PhD from Carnegie Mellon.
Dr. Lee is the author of the New York Times and Wall Street Journal best-seller AI Superpowers, which examines the role of the US and China in the future of artificial intelligence, as well as its impact on society. His latest book, co-authored with award-winning science-fiction writer Chen Quifan, is called AI2041: Ten Visions for Our Future. It presents a roadmap to educate and explore the opportunities and challenges presented by AI over the coming decades.
Share this speaker
Share This Speaker
Related sessions 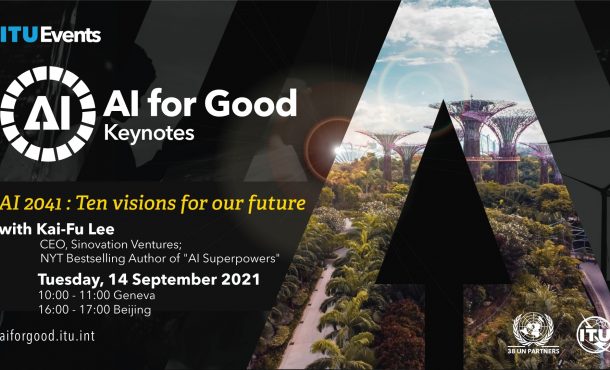