Gitta Kutyniok (https://www.ai.math.lmu.de/kutyniok) currently has a Bavarian AI Chair for Mathematical Foundations of Artificial Intelligence at the Ludwig-Maximilians Universität München. She received her Diploma in Mathematics and Computer Science as well as her Ph.D. degree from the Universität Paderborn in Germany, and her Habilitation in Mathematics in 2006 at the Justus-Liebig Universität Gießen. From 2001 to 2008 she held visiting positions at several US institutions, including Princeton University, Stanford University, Yale University, Georgia Institute of Technology, and Washington University in St. Louis, and was a Nachdiplomslecturer at ETH Zurich in 2014. In 2008, she became a full professor of mathematics at the Universität Osnabrück, and moved to Berlin three years later, where she held an Einstein Chair in the Institute of Mathematics at the Technische Universität Berlin and a courtesy appointment in the Department of Computer Science and Engineering until 2020. In addition, Gitta Kutyniok holds an Adjunct Professorship in Machine Learning at the University of Tromso since 2019.

Gitta Kutyniok has received various awards for her research such as an award from the Universität Paderborn in 2003, the Research Prize of the Justus-Liebig Universität Gießen and a Heisenberg-Fellowship in 2006, and the von Kaven Prize by the DFG in 2007. She was invited as the Noether Lecturer at the ÖMG-DMV Congress in 2013, the Hans Schneider ILAS Lecturer at IWOTA in 2016, a plenary lecturer at the 8th European Congress of Mathematics (8ECM) in 2021, and the lecturer of the London Mathematical Society (LMS) Invited Lecture Series in 2022. She was also honored by invited lectures at both the International Congress of Mathematicians 2022 (ICM 2022) and the International Congress on Industrial and Applied Mathematics (ICIAM 2023). Moreover, she became a member of the Berlin-Brandenburg Academy of Sciences and Humanities in 2017, a SIAM Fellow in 2019, and a Simons Fellow at the Isaac Newton Institute in 2021; she received an Einstein Chair at TU Berlin in 2008, a Francqui Chair of the Belgian Francqui Foundation in 2020, and holds the first Bavarian AI Chair at LMU from 2020 on. She was Chair of the SIAM Activity Group on Imaging Sciences from 2018-2019 and Vice Chair of the new SIAM Activity Group on Data Science in

2021, and currently serves as Vice President-at-Large of SIAM. She is also the main coordinator of the Research Focus “Next Generation AI” at the Center for Advanced Studies at LMU from 2021 to 2023, serves as LMU-Director of the ONE MUNICH Strategy Forum Project on “Next generation Human-Centered Robotics: Human embodiment and system agency in trustworthy AI for the Future of Health”, and acts as current Co-Director of the Konrad Zuse School of Excellence in Reliable AI (relAI) in Munich. 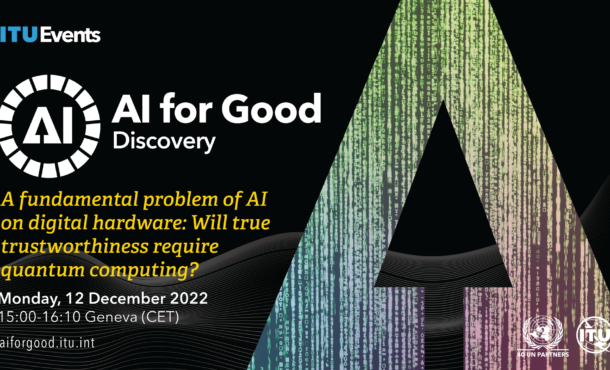