Globally, there are large disparities in access to health, education, etc. and the UN’s Sustainable Development Goal No. 10 is aimed at reducing inequalities for the world’s most vulnerable. For example, according to global association of mobile operators (GSMA), although eighty percent of the population in developing countries owns a mobile phone, still more than 1.7 billion women do not own one, according to a recent report on the subject.

Anecdotally, there are more mobile phones in the developing world than adults. We see an increasing number of apps and services that are now being offered digitally. For example, mobile banking through M-PESA in Kenya, Go-Jek’s ride-sharing platform in Indonesia, etc. Moreover, cheap alternatives to text messaging and social networking platforms have enabled more people to communicate information with each other in the last decade than anything has in over a century since the discovery of the telephone. Two hundred million people actively use WhatsApp in India, while 16 million Nigerians visit Facebook every month.

This widespread digitization of human activity generates the truly massive data sets necessary for Artificial Intelligence (AI) applications and solutions. AI — an area of computer science that is thriving due to the abundance of data — is focused on enabling computers to perform functions normally associated with human cognitive behaviour.

The confluence of computing power and big data are enabling data scientists and engineers to develop AI applications and solutions which can handle increasingly complex problems, many of which are helping to bridge the digital divide and create an inclusive society. For example, disaster maps, have enabled relief organizations to better target emergency response and governments to allocate resources where it is needed the most.

For key insights on trends in AI, read the latest edition of the ITU News Magazine:

In fighting Ebola in Sierra Leone in 2014, IBM Research-Africa implemented a crowdsourcing platform for locals to communicate their experiences with government officials. Using natural language processing, the platform teased out cultural beliefs behind people’s willingness to adopt a public health measure and allowed governments to redesign more targeted, effective campaigns.

In Rwanda, researchers used anonymized metadata from cellphone networks to develop high-resolution maps of the geographic distribution of wealth, a method that can be useful in contexts where recent census or household survey data are unavailable — allowing aid organizations to take their programs where we did not even know needs existed.

Accenture’s Responsible AI is partnering with National Association for the Blind in India to develop workforce accessibility solutions, while Google.org is working with Pratham to use its internal artificial intelligence API to expand the number of e-books available to children in their mother tongues.

AI applications offer enormous opportunities for the developing world to bridge the digital divide and create a more inclusive society.

Therefore, in Africa, since the number of extension workers is unlikely to increase in a short time, augmenting human capacity with the power of AI can enable them to support more farmers to achieve better productivity outcomes.

AI to address the skills deficit in health care

Similarly, in health care, the percentage of skilled workers in the developing world to address the societal needs is daunting. British Medical Journal reports that less than 3% of global supply of trained medical professionals are present in Sub-Saharan Africa despite weathering 24% of the world’s disease burden.

RELATED: Using ‘reverse innovation’ to harness the power of AI for Good

In South Asia, there is 0.7 trained doctors per 1000 people, most of whom are concentrated in urban and town areas. The World Health Organization (WHO) estimated that 57 countries worldwide have a critical shortage of health workers, equivalent to a global deficit of 2.4 million doctors and nurses. Based on AI-powered advancements in telemedicine, mobile doctors, and virtual classrooms, it stands to reason that AI can help address the skills deficit in healthcare and create an inclusive society.

The importance of ethics when implementing AI technologies

Working with the world’s most vulnerable population puts an enormous responsibility on AI practitioners to be ethical, transparent, and intentional in how we implement AI technologies. We need to pay attention to practical challenges on the ground in executing on the promise of AI. For example:

Despite these limitations, AI applications offer enormous opportunities for the developing world to bridge the digital divide and create a more inclusive society. Most importantly, as scientists and practitioners, we must hold ourselves accountable to ethics and intentional scrutiny of AI applications to ensure tomorrow is better than today. 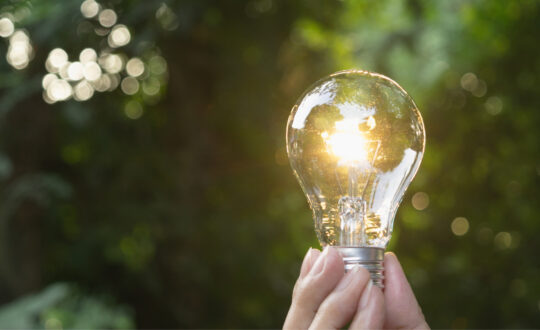 Innovating the World: Meet the winning start-ups from the AI for Good Innovation Factory Grand Finale

By Celia Pizzuto After a year-long quest to find the most promising AI for Good start-ups from across the globe, the Innovation Factory Grand Finale...
Related sessions